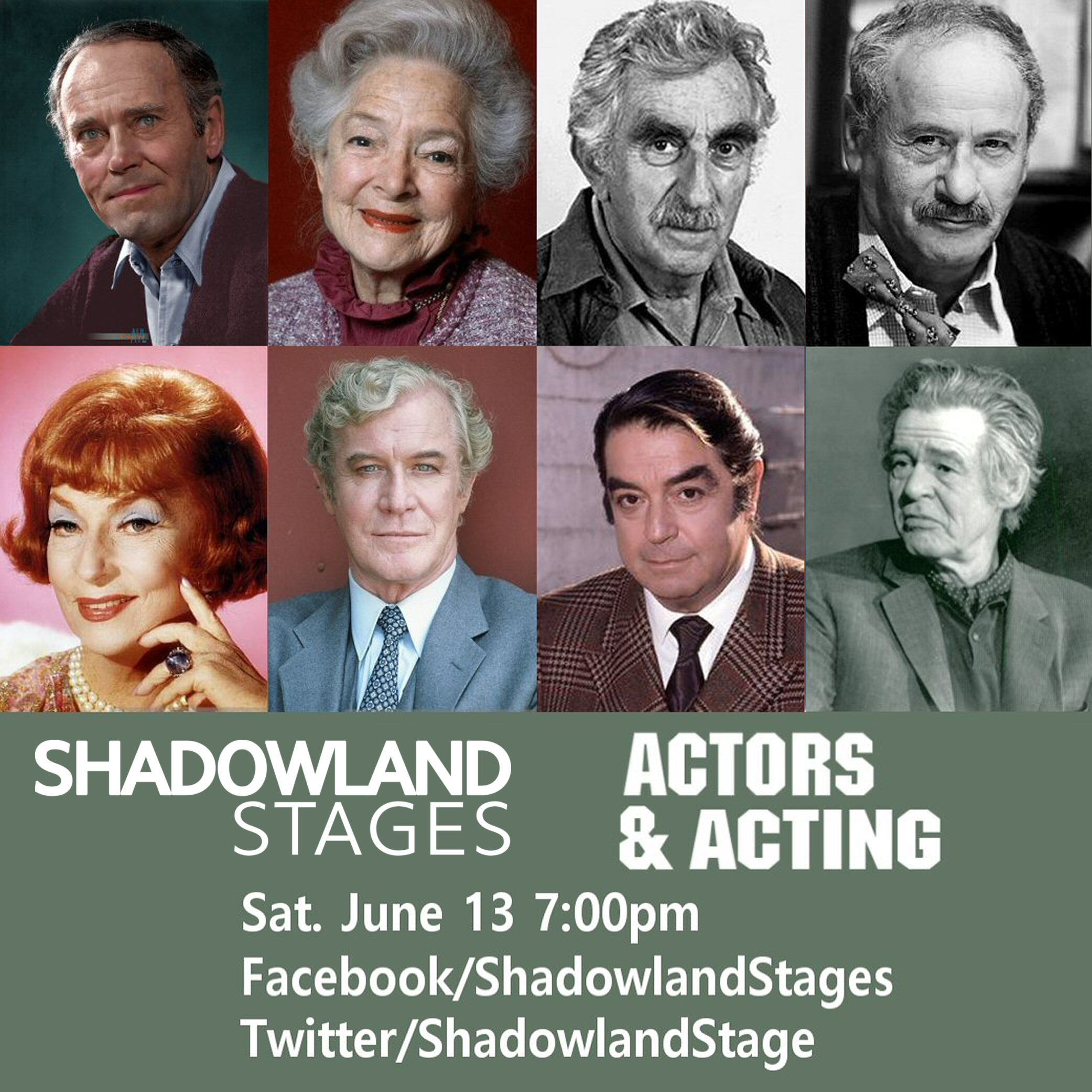 On Saturday, June 13th, SHADOWLAND STAGES has a special online presentation we’re calling ACTORS AND ACTING. It features three short films from the 70’s with actors such as Henry Fonda and Helen Hayes talking about their art and craft; four actors discussing their touring production of Shaw’s Man and Superman; and Robert Ryan & Eli Wallach in an Arthur Miller one-act play. Watch along with us at 7pm on June 13th or anytime via the link below.