“Empathetic and enjoyable. . .it all rings utterly true.” – Chicago Tribune

Jessie and Lina are new mothers and new neighbors who come from very different worlds. Every day, as their babies nap, they meet for coffee in the space between their backyards, within reach of their baby monitors. Their growing relationship is punctured when a stranger from the mansion overlooking their homes asks if they would include his wife, a new mom who’s having a tough time, in the coffee klatch.

Kingston, NY native Molly Smith Metzler returns to SHADOWLAND STAGES with CRY IT OUT, following our breakout hit production last season of her ELEMENO PEA. Molly’s other plays include THE MAY QUEEN, CARVE, CLOSE UP SPACE, and TRAINING WISTERIA. In addition to her In addition to her many regional and NYC credits, her awards include the Lecomte du Nouy Prize from Lincoln Center, the Harold and Mimi Steinberg National Student Playwriting Award from The Kennedy Center, the Association for Theatre in Higher Education’s David Mark Cohen National Playwriting Award, the Mark Twain Prize for Comic Playwriting and a finalist nod for the Susan Smith Blackburn Prize. She is a proud alumna of the Ars Nova Play Group, the Dorothy Strelsin New American Writers Group at Primary Stages and the Cherry Lane Mentor Project. In television, Metzler has written for Casual (Hulu), Orange Is the New Black (Netflix), Codes of Conduct (HBO), and is currently a writer/producer on Shameless (Showtime). She is also a screenwriter, currently adapting Ali Benjamin’s award-winning novel The Thing About Jellyfish into a film for OddLot Entertainment with Made Up Stories and Pacific Standard (Reese Witherspoon’s company). Metzler was educated at the State University of New York at Geneseo, Boston University, New York University’s Tisch School for the Arts and the Juilliard School. She lives in Los Angeles and Kingston, N.Y. 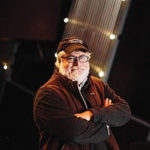 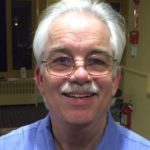 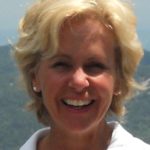 Choose your performance date on the calendar below to purchase tickets or redeem your subscription.

THURSDAY – SATURDAY at 8PM
and SUNDAY at 2PM

Choose A Date, then Performance below: