In 2019, Shadowland Artists, Inc. dba Shadowland Stages begins its 35th consecutive year of live theatre in its 1920’s art deco vaudeville/movie house on Canal St. in Ellenville, New York. Operating traditionally as a summer theatre, Shadowland is Ulster County’s ONLY non-profit professional Actors’ Equity theatre. Originally started in 1985 by a collective of performers from NYC who moved to Ellenville, bought stock in their company, and produced theatre for 2 years, the not-for-profit Shadowland Artists, Inc. was born in 1987. All these years later, and after decades of growth, Shadowland now operates throughout the year, and has expanded its season from 5 to 6 productions AND added an annual holiday production.

In addition to its season (presented at the MainStage), Shadowland contributes to Ulster County’s arts landscape through its growing education program (for students aged 5-18), new play reading series, classic film series, and regularly produced special events with other area organizations (such as the Ellenville Public Library and Museum, SUNY Ulster, SUNY New Paltz, Actors & Writers, Vanaver Caravan, Ellenville Central School district, and many more). Our extensive contributions have led to many recognitions, including ‘Citizen of the Year’ from the Ellenville/Wawarsing Noonday Club, recognition by the Ellenville NAACP for our “contributions to the community”, and being named “Arts Organization of the Year” in 2013’s inaugural Ulster County Executive’s Arts Awards.

The last decade has been one of growth for the organization. Under the leadership of Producing Artistic Director Brendan Burke, the operating budget has more than doubled since 2004. Audiences have grown and our programs and capital properties have multiplied. In January of 2019, the organization moved into its first-ever administrative office and scenic shop, adding much needed infrastructure in order to create the capacity necessary to support this period of growth. As you’ll often hear Brendan say at each performance’s curtain speech, “It’s a great time to be in Ellenville”. 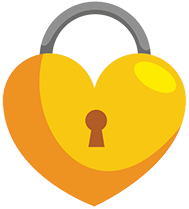